Compass gadget use and calibration

If You Appreciate What I Do Here, You Should Consider:


The motion security system is an application able to work only with CC2650 SensorTag. This limitation is mainly due to a unique capability of the CC2650 to wake-on-movement (shake detection). 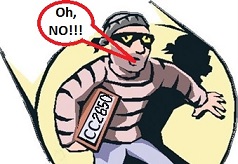 The movement sensor (MPU9250), embedded on the CC2650 SensorTag, uses an interrupt for the wake-on-movement function. In this mode, the CC2650 SimpleLink multi-standard 2.4 GHz ultra-low power wireless MCU stay almost all time in shutdown consuming only 100 nA.

When a shake is detected, the movement sensor (MPU9250) uses an interrupt to wake on the MCU. After this, the SensorTag will provide the movement data for 10 seconds before entering the MPU in the low power state. In this mode, the CC2650 SensorTag saves energy and it will prolong the battery life.

But, during the whole working/recreation period, your luggage remains unattended.
Solution:


Use an CC2650 SensorTag and the blessTags application. So:

The problem is solved! If someone moves, even one centimeter your luggage, the app will warn you audio and/or visually of this fact … and the thief will be caught.

A demonstration movie for the Motion Security System gadget

Application 2: warning system for the arrival of the boss, wife, best friend etc.

This application,  blessTags (BLE SensorTags) application, can be downloaded from the Windows Store Apps: https://www.microsoft.com/store/apps/9p054xsjjr1n.

The latest version of blessTags (BLE SensorTag) application, can be downloaded from the Windows Store Apps: https://www.microsoft.com/store/apps/9p054xsjjr1n.

Every few weeks, I release a new version of the blessTags application with improvements. This is the web page where I’ll tell you about them.

Two issues, regarding the BluetoothApis.dll (Thank Alfonso V. for your feedback!) and the other related with the program version, were corrected. Several small improvements were also made.

In this version, the main improvements regard the Nordic Thingy: 52 SensorTag. The quaternion, gravity vector, rotation matrix, and heading angle are acquired and displayed now by the blessTags application. To be able to correlate the information between {acceleration, gyroscopic movement, magnetic position}, and {quaternions, heading angle, gravity vector and heading angle} a “send to clipboard” function was implemented in “More movement data” panel.
Several robustness improvements were made in the acquisition process from Nordic Thingy: 52 SensorTag. So, all the code was reorganized in several different threads, and several time delaying operations were removed and optimized. Based on these improvements, the acquisition of the movement process (especially at higher speed) is more stable and reliable.
In a different thread, the data saving function was implemented in this version.
Now, the temperature can be displayed in Kelvin and Rankine for all SensorTags.
Several issues were corrected (2 buffers overflow in development mode, several displaying errors, one saving error, two problems in the help menu, and a deficient conditioning in the CC2650 configuration panel).
The reading method, from data transfer between the blessTags and the Texas Instruments SensorTags (CC2541DK and CC2650STK), is working flawlessly now.

An issue, which occurred only on specific systems (computers or laptops), regarding a “null pointer” type error was corrected.

In this version, the software is able to manage a wonderful new SensorTag: Nordic Thingy:52 – produced by Nordic Semiconductor. The following SensorTag’s characteristics are supported:  accelerometer, gyroscope, magnetometer, orientation, temperature, humidity, barometer, color, key, output lines, LED, and sensor configuration. The integration with gadgets was done at the level of the compass application, wireless presenters for PowerPoint and remote control for PC applications.
Two new options (only in the full version) were introduced in the configuration panel. These options allow to (a) set the priority for the blessTags application and (b) remove several of the blessTags restrictions.
Regarding the first option, from the configuration menu, based on it a priority level for the application can be selected. Five different priorities are allowed:   Realtime - highest priority, High, Above normal, Normal (the program priority by default) and Below normal. This option can be used mainly to improve the speed of the data acquisition, primarily when we use a faster SensorTag like Nordic Thingy:52 (with a movement data acquisition up to 200 Hz) or a modified software version for the CC2650STK.
The second configuration option removes several software restrictions, such as: (a) the lower limit used to acquire the acceleration for the CC2650STK or (b) the Device Name (0x2A00 characteristic) – right now a custom name can be used for each SensorTag.
Several issues regarding the other SensorTags were solved – especially connection problems.


A new option to configure the blessTags application was introduced. The first option allows or does not allows several instances of the blessTags program to run at a specific time moment. The second option will switch the button from the taskbar to an icon on the system tray and back to the taskbar - all  of these in the function of the user choice.
Several issues regarding data transfer with a SensorTag with the battery almost depleted was corrected. These issues generated blessTags application crashes due to an incomplete data set.


An error (which affected, from time to time, all SensorTags) was corrected at the mechanism of data transfer between threads – between (a) the thread used to display the sensor's data and (b) the thread used to acquire the sensor's data (through the notification mechanism).
It was, also, changed the method used to interrogate and identify the different types of SensorTags, from 0x180A service to 0x1800 service. The 0x1800 service is a mandatory one (in accordance with the Bluetooth standard) and, in this mode, a large number of unknown BLE devices can now be found and interrogated.
In the help section, several social media connection was introduced: Facebook, Youtube, Blogger, Twitter, and Instagram.

A big step was done!!! The notifying mechanism of data transfer is fully functional and supported even in the latest version of Windows 10 - not only in Windows 10 version 1607, like up to the version 11.0.0.0 of the blessTags application.


In the interrogation process with an unknown type of BLE device, this version of the application, can right now identify more than 200 characteristics and present a detailed information to the user.


This version solved also several issues (in the saving feature - as a response to a specific event, an error in sensor configuration and several errors in the warnings generated by multiple simultaneously events).


This version of the blessTags application brings a new important functionality: events. An event will be generated if the desired value (instantaneous, mean or variance), of a specific sensor, meet a condition or a series of conditions (is lower, higher, inside or outside of a specific range). If at least one condition was met a trigger will be generated and the user will receive a visual or/and an audible warning or/and a data saving process will be started.
In this version of the application several issues were solved (an error on temperature computation, 2 errors on the graphical interface conditioning and an error regarding the writing into the registry).
A large part of the application was rewritten (code quality improvements) to enhance the user experience and to create a maintainable environment.

An issue regarding the loading of an internal dll was solved.

Starting with this version, of the blessTags application, the reading mechanism from the SensorTag was implemented. So, both reading and notifying data transfer are now possible - each time when a SensorTag allows us (when a specific characteristic support both mechanism of data transfer). The reading mode is the only mode of data transfer supported by Windows 10 Fall Creators Update.


An issue was solved: in developer mode sometimes was impossible to read the correct value of 0x2902 descriptor.

An improvement was done in subroutines of the PC remote control. Now, if the contact with the SensorTag is lost (e.g., due to the output from the coverage zone of the Bluetooth connection), the blessTags application sense this situation and put itself in a state from where the connection can be restored in a very easy way.
Several displaying issues were resolved.


Two new functionalities were implemented: (a) for the CC2650STK the battery level is displayed every 5 seconds (the CC2650STK SensorTag Battery Level Service is supported starting only from the Firmware version 1.40) (b) a help option was implemented – 2 buttons (one placed on the main graphical user interface, marked with “?” and one placed on the developer window, marked with “Web Links & Info”) launches a new window containing links to documents on this blog capable of answering to a wide variety of questions.
Some minor errors, in the functions related to data display, were corrected.


BlessTags known issue (discovered since the release of the version 9.4.5.0): there is an issue with Bluetooth, in the latest Windows 10 Creators Update (version 1703), that inhibit the functionality of this app – on the Windows 10 Creators Update the Bluetooth is not working properly.
This version corrects an error that sometimes prevents the discovery of other types of SensorTags if at least one CC2541DK was not previously discovered.

In this version of the blessTags application, a new module was released: PC Remote Control (PC-RC). The PC-RC is a module which can send different commands from a SensorTag device (CC2650STK, Thunderboard React, Thunderboard Sense, and CC2541DK) to: (a) an application running on Windows or (b) even to the operating system.


There are two different lists of remote commands: (a) a predefined one and (b) a custom list introduced by the user.

A new gadgets application was introduced: accelerometer mouse. Using blessTags application, the accelerometer sensor and the buttons located on the SensorTag we can replace, with success, the computer mouse in different games and applications. The speed of the mouse cursor movement is directly proportional to the inclination angle of the SensorTag.
Several errors were also corrected: (a) in subroutines for the wireless presenter, (b) in the accelerometer data display for CC2650STK, software version 1.4 and (c) in the validation of Save button.

Several controls, from UI (user interface), were associated with a specific text. These texts will be displayed when you hover the mouse over the control – in this mode will be easier to work and understand the different blessTags functions.
In the developer mode window, the text box is resizing with the panel. In all graphical data representation, the graphs controls are now resizing correctly with the window.
In the developer mode, the BLE characteristic rights were completed with 2 more members: (a) IsWritableWithoutResponse (appear on the interface with the name: Wnr – writable no response) - significance: the characteristic can be written without requiring a response and (b) IsSignedWritable (appear on the interface: Wsgn – writable signed) - significance: the characteristic can be signed writable.
In the computation of mB (resulting magnet field), the occurrence of a very rare situation of a NaN (not a number) was treated.
Gadget panel error correction - when gadget panel is closed (before compass panel) and, in the end, when we close compass panel an error appeared each time.


One improvement, the Thunderboard React & Thunderboard Sense can work now with a sampling rate up to 20 minutes. Others small errors were corrected.

In this version the blessTags application: